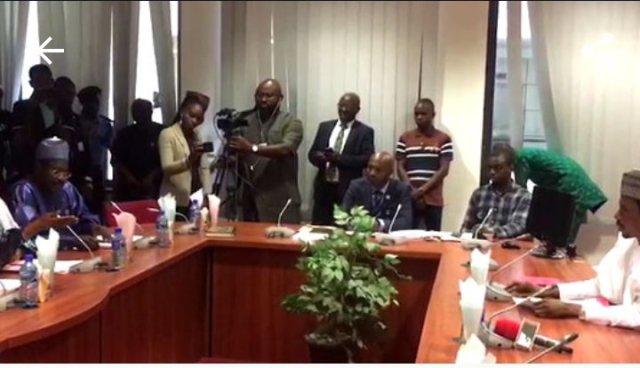 Senator Abbo today was engaged in a hot argument with senator Oluremi Tinubu during a meeting with the committee handling his case of assault. It could be remembered that senator Elisha Abbo was caught on tape assaulting a nursing mother in a sex toy shop in Abuja where the video had went viral.

In a very heated confrontation, Mr Tinubu expresses her concern over how the embattled senator was trying to undermined the efforts of the committee, by way of dictating to them.

Mrs Remi Tinubu now asked if he wants them to defend him, protect him or, he want to be on his own?

However, senator Abbo in his own defense said he felt the committee are out to suspend him, and vows never to allow such.